Conservation Lower Zambezi (CLZ) is a non-profit organisation committed to the protection of wildlife and to the sustainable use of natural resources in the Lower Zambezi in Zambia.

In 1994, concerned local safari operators and other stakeholders recognised the need for organised support to the national wildlife protection authority (now the Department of National Parks and Wildlife—DNPW) to combat the poaching that was decimating the wildlife populations in the Lower Zambezi.

Since its humble beginnings with basic support to the wildlife authority, CLZ has grown and increased its activities and efforts in the Lower Zambezi enormously. Not only has CLZ’s support to DNPW increased substantially over the years, the organisation now also runs an Environmental Education Programme, Community Scout Units, a Community Empowerment Programme, several specialised units including a Dog Unit, Rapid Deployment Team, Marine Unit, and Investigative and Intelligence Units. CLZ also has a Judicial Support Programme and a Fisheries and Illegal Wildlife Trade Project.

The Lower Zambezi National Park is 4,092km2, but with the adjacent community owned Game Management Areas (GMA) bordering to the west (Chiawa), north (Luano) and east (Rufunsa), is part of a much larger entity, the Lower Zambezi Area Management Unit of almost 20.000km2. 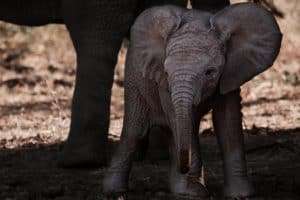 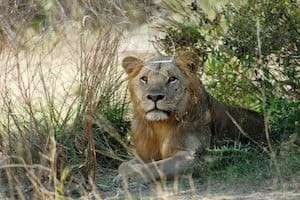 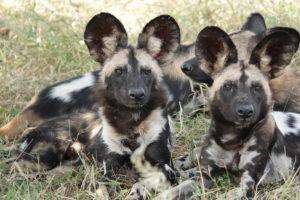 Department of National Parks and Wildlife

CLZ assists the Department of National Parks and Wildlife (DNPW) in their mandate to protect the wildlife of the Lower Zambezi primarily by providing technical, logistical, food and material support, training and capacity building to DNPW anti-poaching patrols and the support of several Community Scout Units, including an all-female Community Scout Unit—Kufadza

DNPW is severely underfunded and under-equipped, so much so that many anti-poaching patrols would not take place if support was not provided by CLZ.

Support consists of food rations, first aid kits and ﬁeld patrol equipment, transport for deployments, GPSs, Smart devices and other technical support from DNPW and CLZ Control Centre in the form of de-brieﬁngs before and after deployments, 24/7 communications, a centralised GIS system for recording patrol tracks and documenting any illegal activity data recorded during patrols. CLZ works with EarthRanger which helps to make well-informed plans and safeguards the teams. Training is another big element in CLZ’s support with the recently developed Long-term Training Programme in place since 2021.

Further support comes from CLZ’s regular aerial patrols which not only provide support to patrol teams, but are also key to detecting illegal activities on the ground. 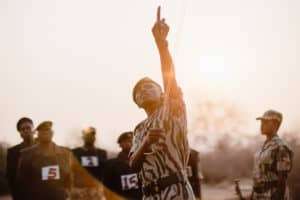 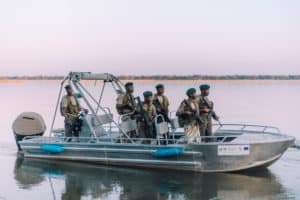 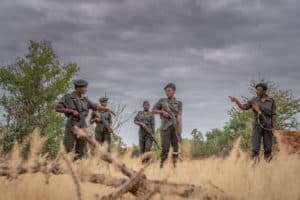 CLZ’s Base Camp encompasses an Environmental Education Centre (interpretation room, dormitories and ablutions and teachers’ rooms), a Lower Zambezi DNPW Dog Unit and Rapid Deployment Team block, a workshop, staff accommodation, four safari tents (open to guests, members, and donors), an office, an operations room with a 24/7 manned radio and a centralised dining area which is used for meals and meetings.

Alongside solar geysers, the 10kVA solar system that was generously funded by Empowered By Light provides power to Base Camp facilities 24/7, making Base Camp 100% solar-powered and saving CLZ roughly $10,000 in fuel every year! 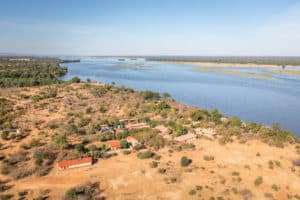 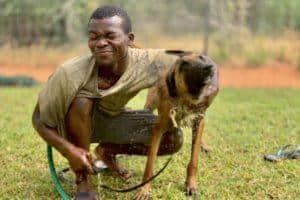 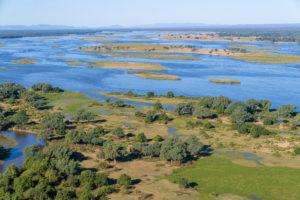