Elephant Crisis Fund have been a generous donor to CLZ contributing vital funds to assist with setting up the Dog Unit and now the Rapid Response Unit. In order to shine a light on some of the great work that they have contributed towards, the organisation chose to do a story about one of CLZ’s very own – Peter Tembo, the leader of the K9 Unit. This wonderful story has reached numerous people across the world and has even been ‘re-grammed’ by Leonardo DiCaprio. 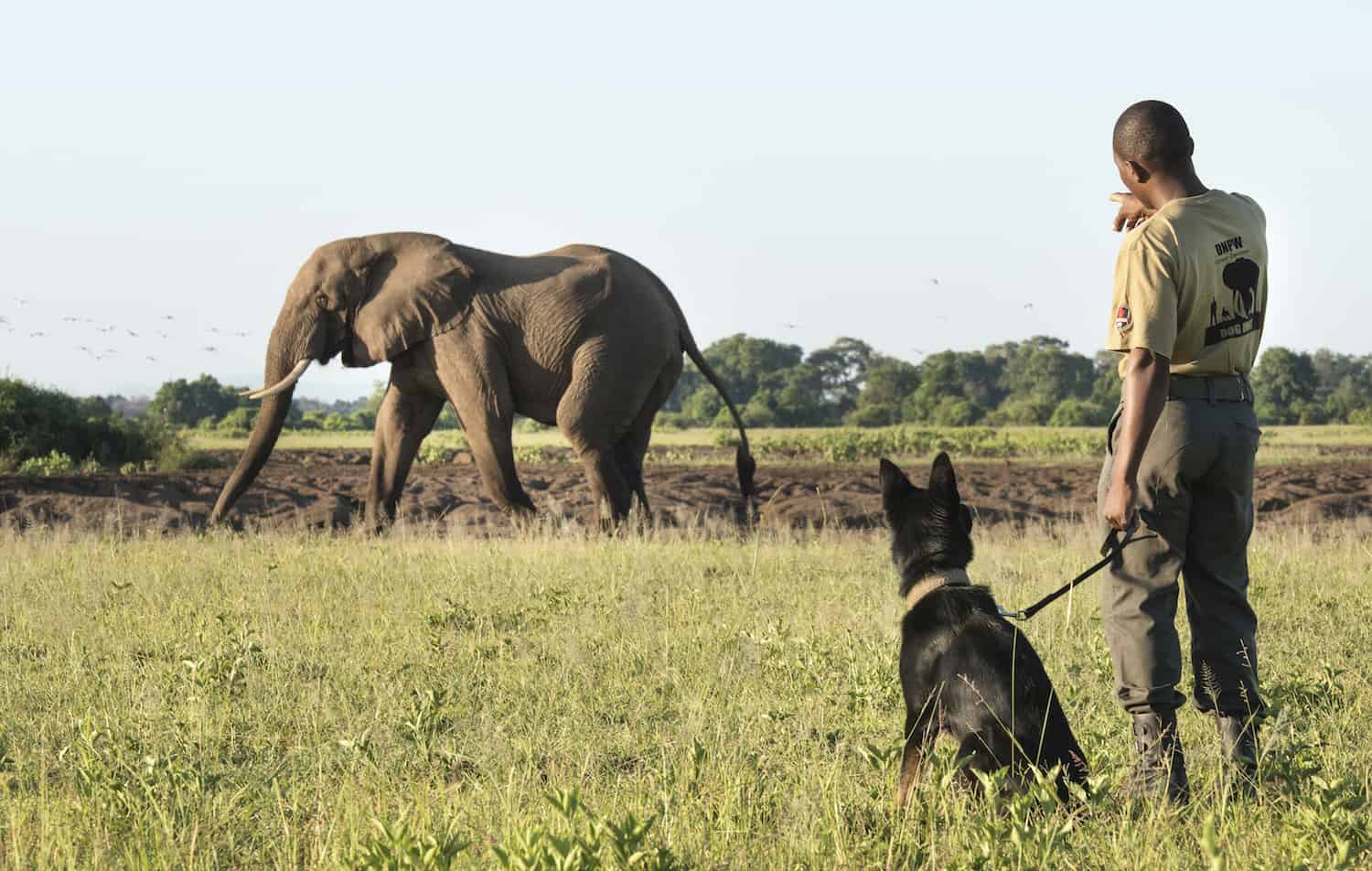 Meet game ranger, Peter Tembo and his dog, Lego.  We can’t show you their faces for security reasons but Peter is the head of the successful ECF-funded Zambian Department of National Parks and Wildlife (DNPW) and Conservation Lower Zambezi (CLZ) detection and tracking dog unit in Zambia, while Lego is his trusted four-legged partner.

Since the two-dog, four-handler unit was formed in 2016, the team have successfully confiscated a high number of illegal wildlife product from poached bush meat to illegal ivory and arrested many suspects. Most of the product has been found in vehicles, at border posts and in local communities, including Peter’s former village.

Being head of such a specialised unit in a small community is not a job for the faint-hearted. For this role you have to be tenacious, thick-skinned, calm and above all, a strong leader. Fortunately Peter possesses all these qualities and more. Thanks to the special bond he has with his partner, Lego, and the dedication of his entire team, the K9 unit has been able to efficiently and quickly locate illegal objects and help deter wildlife crime in the area.

But Peter’s life hasn’t always been this promising. Eight years ago, he was living in the local village without a job, no money and a grim future. Peter’s dreams of a greater life seemed unattainable until a chance encounter in 2010, while working as a casual labourer on a road near Conservation Lower Zambezi, changed his life.

Offered a job as a porter in the Conservation Lower Zambezi’s kitchens he spent the next six years steadily climbing up the ladder working as a camp assistant and operations assistant before being selected for the dog unit as its leader. As part of his selection process he underwent a gruelling 3-6 months military and basic ranger training. The dogs were trained by Invictus K9.

“I always knew he would succeed,” says CLZ’s CEO Ian Stevenson, who encouraged Peter to apply for the K9 leadership role. “Peter has the integrity, he’s a great leader, a hard worker and it’s been fantastic to watch him grow over the years. “

For Peter, it’s been an interesting, challenging and rewarding journey. Before he became head of the CLZ dog unit, Peter had little regard for animals. Elephants were nothing but a pest that damaged his livelihood and killed local people, while dogs were just ‘stupid scavengers’. Eight years on, his attitude has completely changed.

“Before this job I didn’t understand why people would want to protect elephants. I thought they were just pests and should be killed. But now, as a wildlife officer and dog handler, I understand their value. I also had no idea dogs could be so clever. And I never imagined they could ever find ivory!”

Of course there have been challenges and due to the sensitive nature of his work Peter was forced to leave his local village and move his family – a wife and young daughter – to the safety of a larger town near Lusaka. “I can no longer live in my community as there are people who work illegally there and they know my line of work. It would be dangerous for me and my family to remain. But there has been a lot of sensitisation work done in the community and things are starting to change. We even now get reports from locals about strangers in the park with firearms which never happened in the past.”

Ian Stevenson has great faith in his protege and says he’d one day like to see Peter gain international experience working with other dog units around the world. “Peter’s skills are so strong and I know he’d do well. At the moment his Invictus 9 qualifications are only recognised nationally. We’d love him to also have international qualifications in dog handling. He’s a real asset to our organisation.”

As for Peter – he says he can’t imagine what his life would be like had he not been discovered by CLZ and met Ian. “My life has completely changed. The passion I have for wildlife is what keeps pushing me to never give up this work.”

The DNPW/CZL K9 unit is managed through a partnership between Conservation Lower Zambezi and the Zambian Department of National Parks and Wildlife and part funded by USAID, United States Fish and Wildlife Service (USFWS), and the Elephant Crisis Fund. 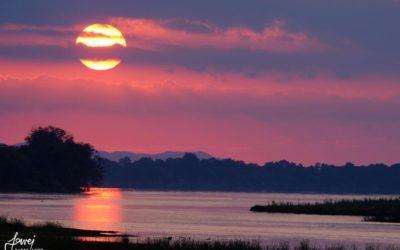 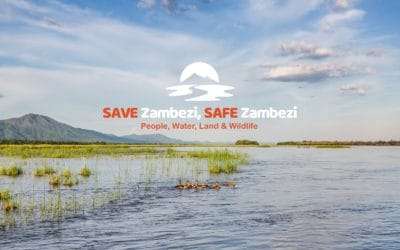